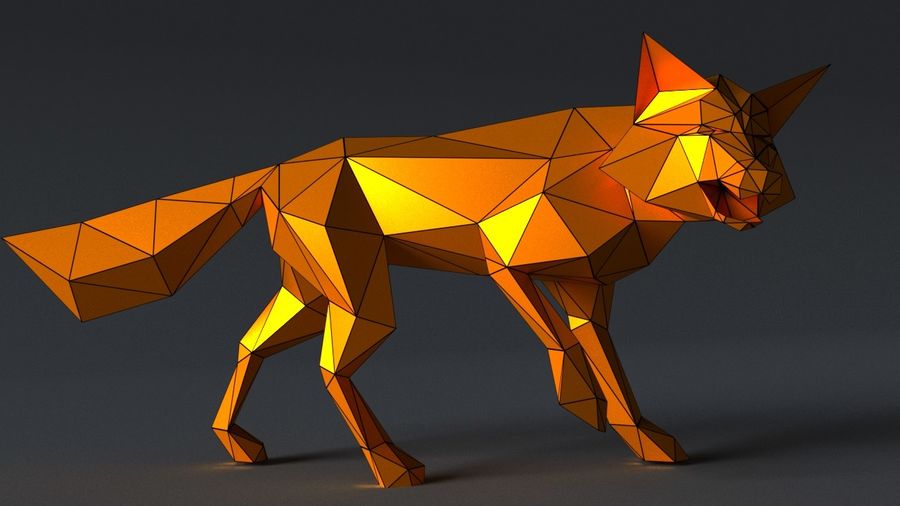 WHAT IS LOW POLY 3D GRAPHIC?

Low poly is one thing for a 3d graphic artist and one for an artist who doesn’t pay much attention to technical things. Low polycount in 3d graphics means a low amount of polygons. There are also many levels of mesh complexity, see below.

Low polycount in computer graphics has been used for a very long time. In the old days, this was due to the low power of computers and game consoles. 3d graphic artists had to optimize 3d graphics so it to be rendered by poor hardware. With the increase in computing power of computers and game consoles, computer graphics are becoming more and more high poly because there are no technical limitations anymore. However, this does not mean that low poly is out of fashion, it is still used in the following cases:

HOW IT IS USED IN ART?

Artists such as illustrators have found an interesting use for low poly. For them, it is a form of minimalist art. Low polycount in art is characterized by:

As it was said at the beginning, it is often difficult to say whether a 3d model is low poly or high poly, and there is also an intermediate version – mid poly. Because there are no set rules about the number of polygons. If the model is made as predicted by the designer, having all the details, it can be considered that the model is not LP. However, if the 3d model must be simplified, because it is required by hardware, it is commonly called a low polygonal model.