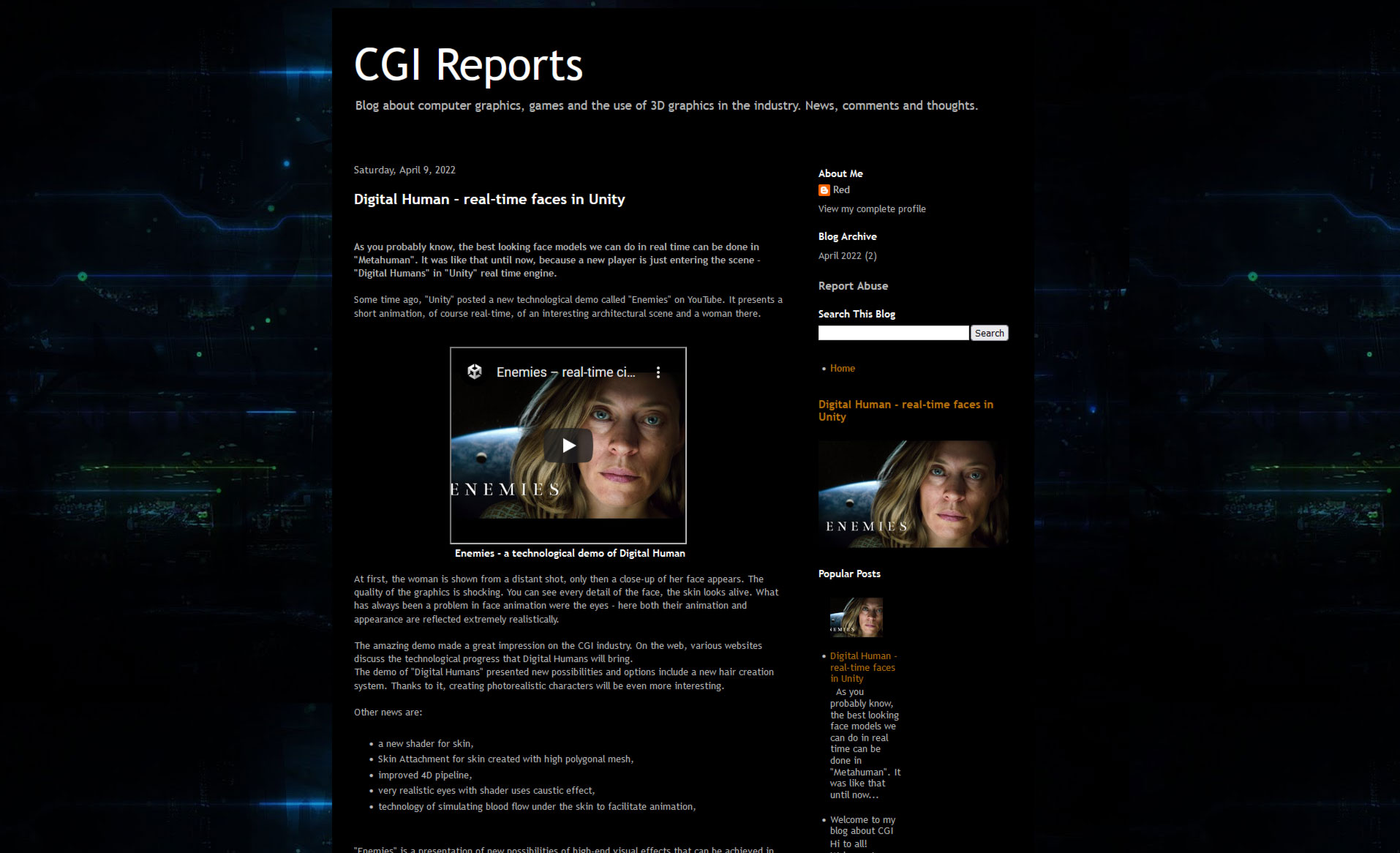 I’ve been waiting for this for a long time, but it finally is.
Our colleague who signed on the forums with the nickname “Red” finally launched his own blog on blogspot.

The blog explores the topics of CGI and its application to next-generation games and movies. But since it’s a blog, Red will post his own thoughts on the above topics. As he works as a computer graphic artist, we can expect comments mainly on Photoshop, 3ds max and GeoControl – because he works in these programs. But I know he has recently become interested in Blender. So I expect news and comments about work with that program as well.

I would love for Red to focus also on reviewing, or at least presenting, interesting 3d models for sale, with particular emphasis on kitbashing 3d.
Perhaps it will publish videos of kitbashing session time laps? Who knows.

Not only graphics – also games

Will they be gamplays? I don’t think so because Red is not a player. Our friend will most likely write about games with modern graphics that will revolutionize the market. An example from recent times – “The Matrix” using the amazing “Unreal Engine”.

We are waiting for the development of the blog, which you can find here: https://cgirep.blogspot.com

Red did not miss the famous case of CD Project Red abandoning its own engine and switching to Unreal Engine 5. And what will be the first game on the new engine?
A new game from the Witcher universe. Most likely, however, the main character known from the previous version of the saga will not be there. Interesting.